We exist to provide households with access to sufficient, nutritious food, and related resources. We accomplish this through collaboration, efficient operations, education, and innovative solutions to achieve a hunger-free community in southeast Michigan.

Headquartered in Detroit, Gleaners operates five distribution centers in Wayne, Oakland, Macomb, Livingston and Monroe counties and provides food to 528 partner soup kitchens, food pantries, shelters, and other agencies throughout southeast Michigan. In 2018, Gleaners distributed more than 43 million pounds of food to neighbors in need! On average, Gleaners distributes 96,000 meals each day including providing nourishing food and nutrition education to 171,000 children a year. Every dollar donated provides three meals and 93 cents of every donated dollar goes to food and food programs.

Gleaners is a vital link between available food and those who need it most. Local and national producers have surplus food that may otherwise go to waste for lack of a way to safely and efficiently bring it to market. Human service agencies face tight budgets and increasing demand for services. Our expertise and facilities bring these valuable resources together to help ease the problem of hunger.

Gleaners has developed efficient, reliable methods for handling a tremendous volume of all kinds of food. Five distribution centers bring food closer to those in need, saving member agencies time and money that they can use in providing food for our hungry neighbors. 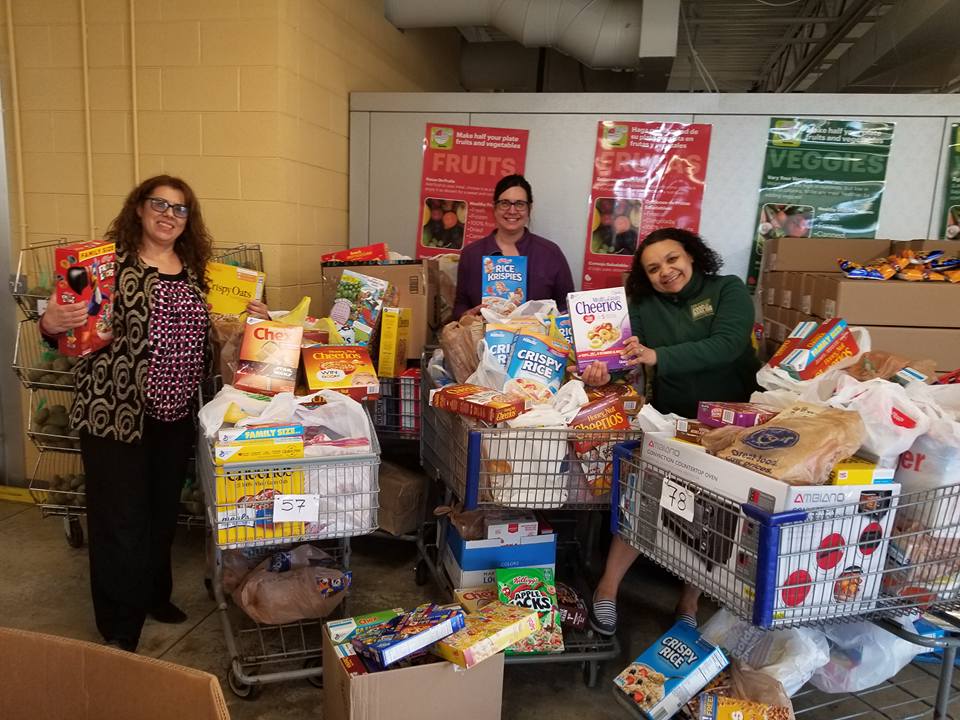 In collaboration with our member agencies, the Feeding America network, and our program partners, we provide millions of pounds of donated and purchased food to people in need. In so doing, Gleaners is committed to distributing nutritional, high quality food. Through education and advocacy, we will reduce reliance on the emergency food system. Gleaners adopts best practices and cost effective systems and procedures to achieve the highest possible return on its human and financial resources. Gleaners fulfills its role with a sense of compassion and urgency while nourishing, sustaining and advancing hope in our community. 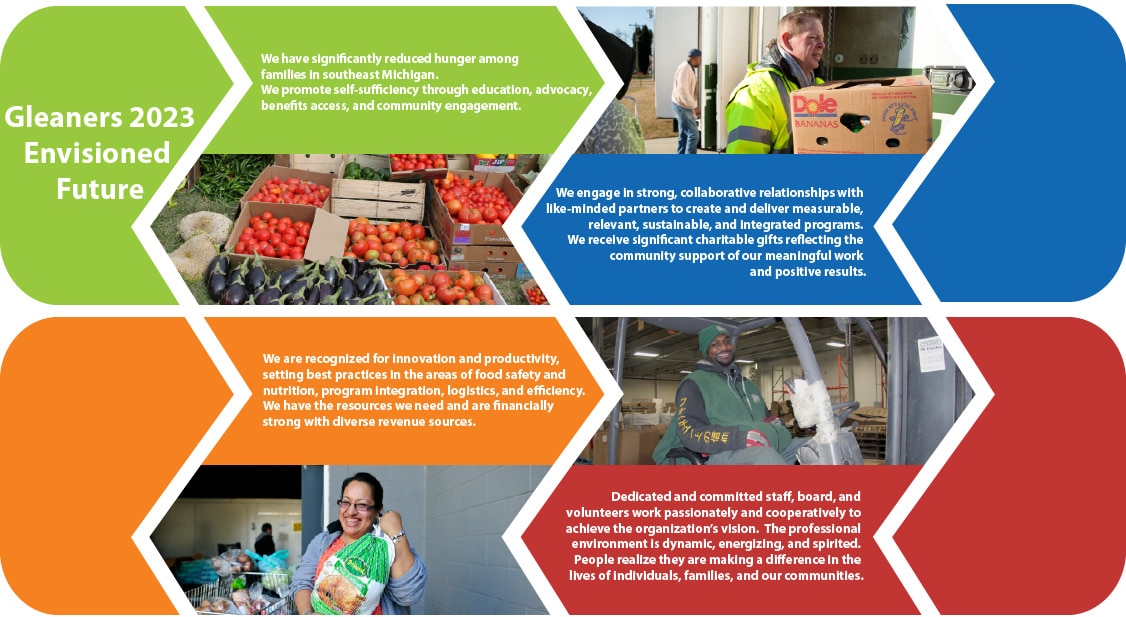 Born in 1940, Gene Gonya grew up on the family farm in Ohio.

At age 19, he became a Brother in the Jesuit Religious Community believing in their motto of "doing all for the greater honor and glory of God." 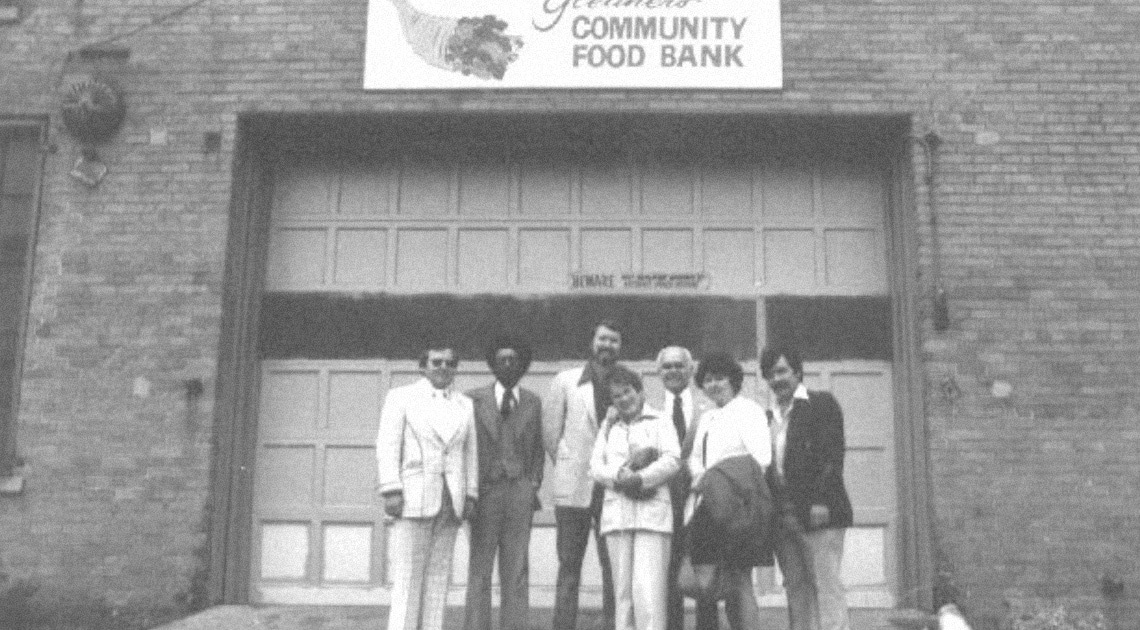 In 1977, Gene chose to leave the Jesuit Community and continue his mission of community service as a lay person of the Catholic Church. In April of 1977, he co-founded Gleaners Community Food Bank, renting the first floor of a warehouse on Detroit's near-eastside, a stone's throw from the Capuchin Soup Kitchen. The food bank was founded to solicit surplus food, store it safely, and distribute it to agencies that are the direct providers to the hungry of our communities. The food bank could now accept donations such as truckloads of produce from Gene's family farm and "bank" it for small or large organizations serving the community, since none of these service agencies could accept such large donations.

Gene may have heard the Biblical story of Ruth and Naomi (who gleaned in the fields of Boaz, a rich Israeli farmer) in his own home where family devotions were a part of daily life. He goes a step further than Boaz and does the gleaning for the poor. Due to his vision and management skills and boundless energy, numerous food banks and agencies have been organized to serve those in need.

Gene has received much acclaim, with numerous community service awards and proclamations for his efforts. He was featured in an August, 1983 issue of Readers Digest, as well as They Light Up Our Life, a book by Will Hardy about outstanding Detroit citizens. Crain’s Detroit Business named Gleaners Community Food Bank the best managed not-for-profit in 1990.

Gene has served on the advisory committees and board of many other human service organizations, including COTS and the Mariners Inn. He is a graduate of Leadership Detroit, VII. Gene is enjoying his retirement with sports activities and travel adventures with his wife, Judy. 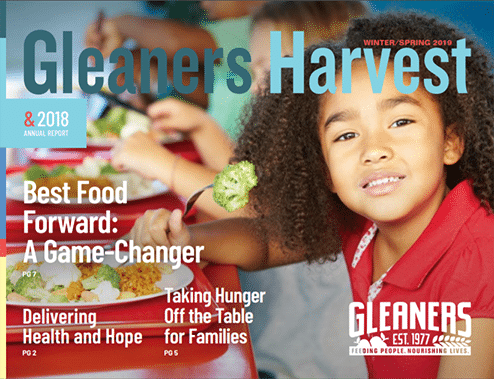 Gleaners is thankful for our Board of Directors who provide leadership, guidance, and support for our mission.